Bangkok Nightlife and ivoryBangkok nightlife, places to explore and experience to be made. 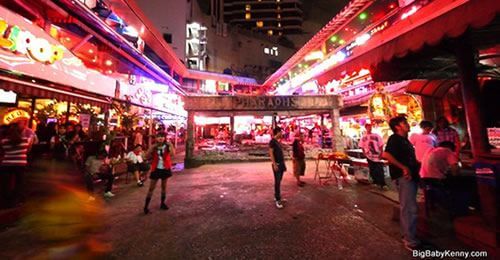 Nana Plaza 500 meters away Right next door to the ivory

Nana Plaza (officially Nana Entertainment Plaza; shortened NEP) is a 3 storey red-light district in Bangkok, which is rumoured to be the largest redlight complex in the world. It is located on Sukhumvit Road Soi 4 across from the Nana Hotel, within walking distance of the BTS Skytrain's "Nana Station". The name originates from the Nana family (with Lek Nana the most prominent member) which owns much property in the area and has still much influence in Thailand. 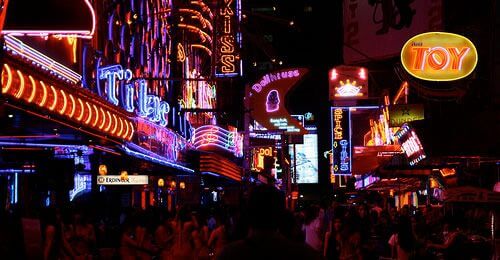 Soi Cowboy 1.5km away just a station away from ecstasy

Soi Cowboy is a red-light district in Bangkok, Thailand. A short (400 meter long) street with some 40 bars, it is similar to Nana Plaza and Patpong and caters mainly to tourists andexpatriates.

It is located near Sukhumvit Road, between Sukhumvit Soi 21 (also called Soi Asoke) and Soi 23, within walking distance from the BTS Skytrain's Asok Station and the Bangkok Metro'sSukhumvit Station. The Grand Millennium Hotel is nearby.

The go-go bars follow the pattern common in Thailand: alcoholic drinks are served and women in bikinis dance on a stage. 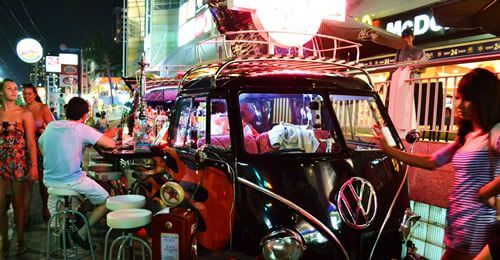 Patpong (Thai: พัฒน์พงศ์,RTGS: Phat Phong) is anentertainment district inBangkok, Thailand, catering mainly, though not exclusively, to foreign tourists and expatriates. While Patpong is internationally known as ared light district at the heart of Bangkok's sex industry, it is in fact only one of numerous red-light districts some catering primarily to Thai men and some others, like Patpong, catering primarily to foreigners.

A busy night market aimed at tourists is also located in Patpong. 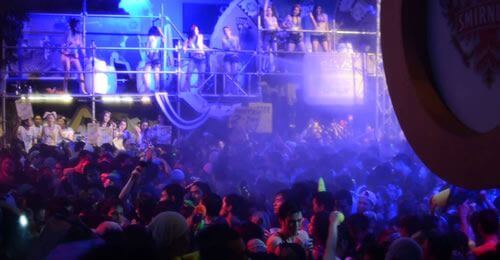 Royal City Avenue (R.C.A) 10km away where legends are made

Royal City Avenue - more commonly known as RCA - is the epicentre of Bangkok's clubbing scene and an officially designated nightlife zone so you can be assured of a party seven nights a week. Clubbing institutions like Route 66 and Slim are packed every night and, at weekends, they're rammed to capacity. There are so many options for visitors to RCA; enjoy international DJs, as well as live concerts and soundtracks by popular local artists all in one night. RCA is separated into four blocks: Block A is closest to Rama 9 Road, and, at the opposite end, Block D leads onto Petchaburi Road. RCA is too far from public transport to walk so it requires a taxi or motorcycle. 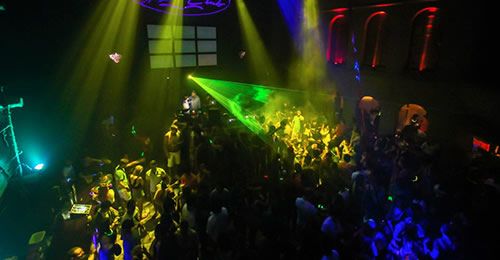 Khao San Road takes off at night: neon signs flicker into life, music begins blasting from streetside sound systems, while the masses begin mapping out the long, alcohol-soaked night in front of them.

And there's no shortage of choices. From the (relatively) upscale Silk Bar and Cinnamon, to the quiet tranquility of the back-alley Hippie de Bar, or the crude charms of a kerb-side cocktail shack complete with plastic stools and ghetto blaster, there's something to suit every mood, taste, budget and state of cleanliness. Some of the truly thrifty even opt to purchase beers from the local 7/11 and drink on the street, hobo style.